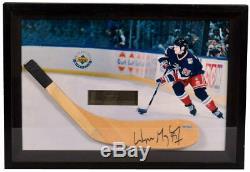 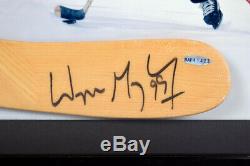 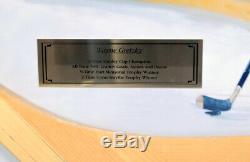 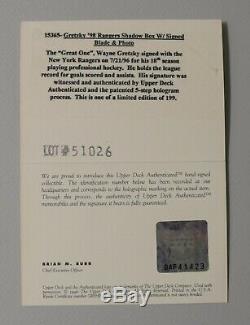 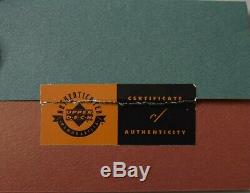 Limited-edition signed hockey stick blade framed display, during Waynes time with the New York Rangers. Mounted atop a full color image of Wayne in game action, a gold-colored plaque has been inserted listing some of The Great Ones accomplishments, with Wayne adding a bold black marker signature across the blade. Hand-numbered within the bottom left corner 32/199 which is light but legible and framed to full dimensions of roughly 23 ¾ x 2 x 16 ½, an Upper Deck hologram (BAF41423) has been affixed to the blade, with a matching COA to accompany.

The frame does have some. Including some surface wear and scratches, but still displays well.